A long time friend and Mentor of mine passed on Monday, heres what the paper says-

Edward J. “Sonny” Johnson Jr. WILTON – Edward J. “Sonny” Johnson Jr., 80, of Ballard Road, passed away Monday, Oct. 27, 2014 at his home of more than 40 years surrounded by his family including his “best buddies”, his three cats. Born on Feb. 8, 1934 in Hadley, he was the son of the late Edward Sr. and (Loretta) Johnson and the late Margaret (Daniels) Johnson and Ray Allen. Sonny attended Corinth High School, and joined the United States Army, serving during the 1950’s. He married Jehri (Petteys) Bonner and the couple resided in Wilton for many years. She died Oct. 13, 2010 after many years of marriage. Sonny began his salvage business on River St. in Warrensburg, with cars being delivered to his backyard, where they were prepaired to be crushed by a banton crane and steel weight. From Warrensburg, he moved his family to Marion Avenue in Corinth, and became known as the “Tin King”, specializing in scrap, car bodies and auto sales. He was a true pioneer in the salvage business for he was the first to have a mobil auto crusher north of the Mason-Dixon line. He crushed cars from Maine to West Virginia and even on Nantucket Island. He knew and was known throughout the salvage business from Maine to Florida. In the early 1970’s he purchased 81 Ballard Road in Wilton and pursued his dream of owning his own “Junk Yard” and building a business with his sons, called Johnsons Auto Crushers and Johnsons Auto Sales. He was proud of the fact that he was still operating his Wilton business after over 40 years. Sonny always had a love for fast cars. He raced his “V-8” in Warrensburg and other local tracks in the 1950’s. He won a few and wrecked a few, but enjoyed every fast minute. – See more at: http://www.legacy.com/obituaries/saratogian/obituary.aspx?pid=172977203#sthash.AbIaopeo.dpuf 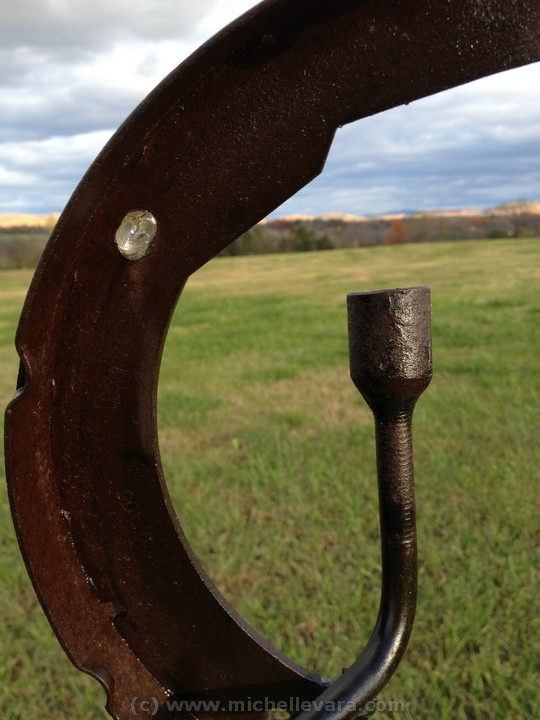 Heres The Word I said: Sonny was a friend and mentor of mine for over 20 years. In my experience he played jokes and picked on and with me. He was never afraid to share insight, inspire or push me further. He loved to talk, his children, animals, vehicles, art and enhanced the world over a good cup of coffee. He made an positive impact shining a inner light and I respected him. I will miss his company. My deepest warmest regards to his family. May peace and happiness fill their life.

I was asked by his family to make sculpture for them to display in the place of flowers at the funeral home. 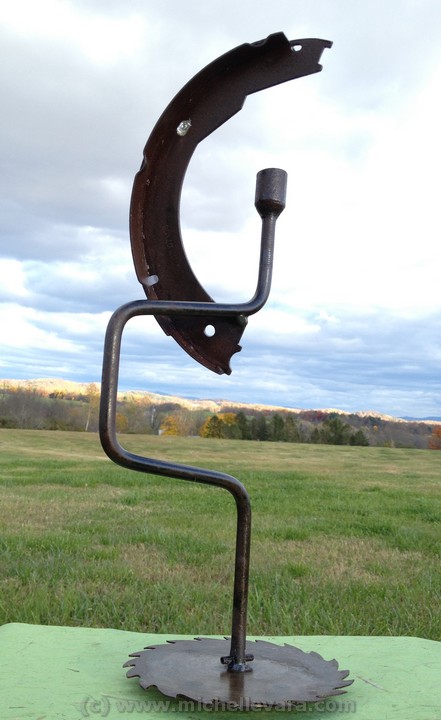