Please go to the bottom of the page for the project’s written information. 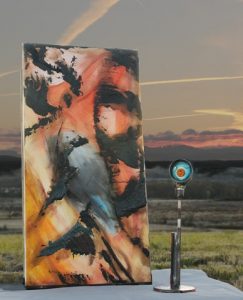 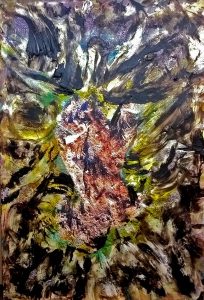 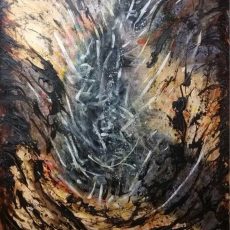 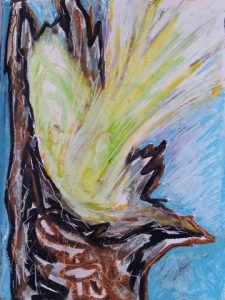 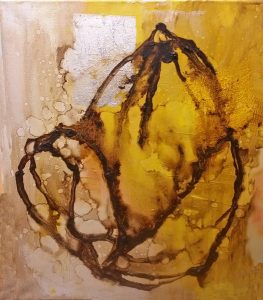 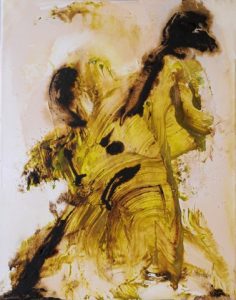 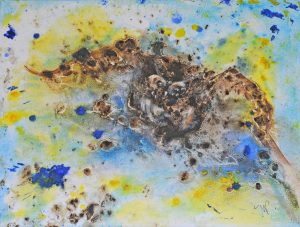 No. T26_ Flight of Knowledge 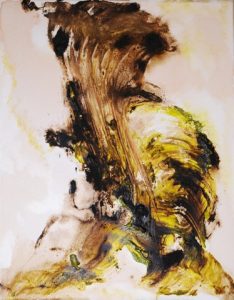 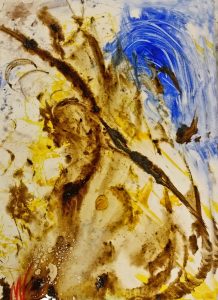 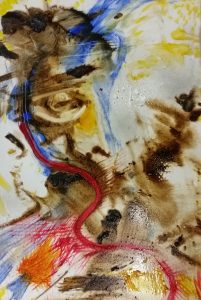 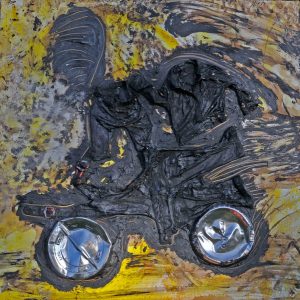 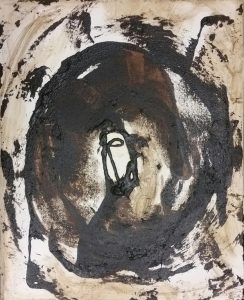 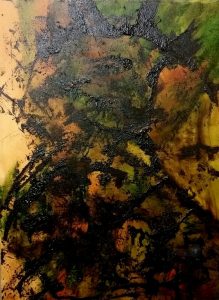 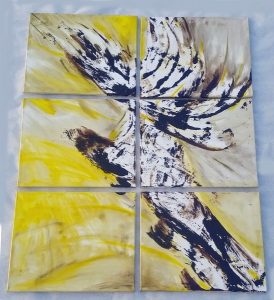 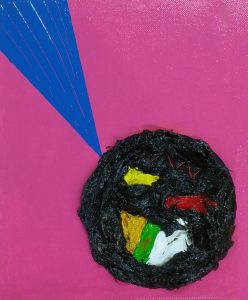 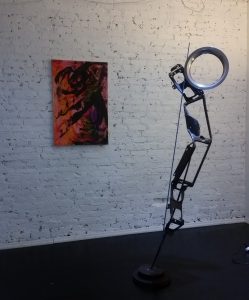 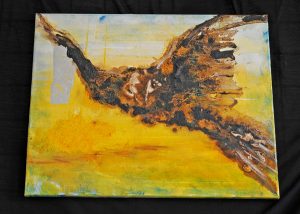 Vara uses an automobile hubcap as the paintbrush and tar as the paint. The artist researched and developed her tar paint recipe to dry and be nontoxic.

The tar paintings work to contextualize the elements of reaction and dimension, using reflex principles of accessing inner core intelligence, in conjunction with surrealist automation and energy hypothesis exploring consciousness.

Vara’s reason for her unique approach is to incorporate the metaphor of material and circle in action. This employs theories that revolve around several types of insight, including ones that recognize intuitive intelligence and cognitive processes, and through visuals communicate individual awareness and how that crosses into ecological awareness.

“Gigaproject” is the largest industrial project in human history and likely also the most destructive. The tar sands mining procedure releases at least three times the CO2 emissions as regular oil production and is slated to become the single largest industrial contributor in North America to Climate Change.

The tar sands are already slated to be the cause of up to the second-fastest rate of deforestation on the planet behind the Amazon Rainforest Basin. Currently approved projects will see 3 million barrels of tar sands mock crude produced daily by 2018; for each barrel of oil up to as high as five barrels of water are used.

Human health in many communities has seriously taken a turn for the worse with many causes alleged to be from tar sands production. Tar sands production has led to many serious social issues throughout Alberta, from housing crises to the vast expansion of temporary foreign worker programs that racialize and exploit so-called non-citizens.

This work seeks to reflect and expose the immense impact of the Tar Sands in Alberta Canada, on the entire natural world and its inhabitants. My methodology is not bound by materials and fruitates as different forms of processes, creating a connection to the complexity of oil production. In paintings, I use bitumen (tar) as paint and an automobile hubcap as the brush to apply the tar. This is one of the many metaphors, that references oils expansive reach into all daily existence worldwide and economy. My using tar as the paint was a yearlong pursuit in research and testing, to create a recipe that is nontoxic and would dry. This process allowed my reflection, communicating to me how vastly complicated issues that surround the Tar Sands are, and how many sub-subjects intersect. For me, this works importance hinges on stimulating public dialog about oil and water in the call for creative solutions.