The Wilton Town Historian, Jeanie Woutersz  was informed that Saratoga Bridges would be acquiring a small piece of the property originally deeded to the Brill Cemetery, to build a client’s pavilion. Jeanie realized that the small mid 1800’s cemetery should have an enclosure and believe it should be represented by the historical fence that was once there.   What was left of the original fence was unearthed and badly deteriorated.

The town decided on the idea of a gate with posts using some original pieces in representation of what was once there, this would stand as the historical marker for this unique cemetery. 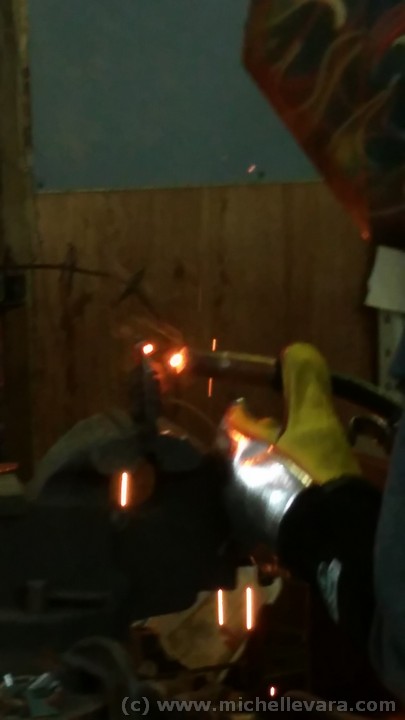 miChelle and partner  Chad Wilson gathered the metal pieces and attempted to find pictures or original documentation of what the gates would have looked like. With no luck she used the clues that were unearthed from the site. She found evidence of small rosettes in the original pattern but the original rosettes were too far deteriorated. So being a longtime lover and collector of metal miChelle had Rosettes (flowers) from a bead frame made in the early 1800’s

with a few tricks, welding and reworking the metals,  finished the gate and posts, keeping Wilton’s history preserved.